This is What Happens When You Show Empathy (#34) 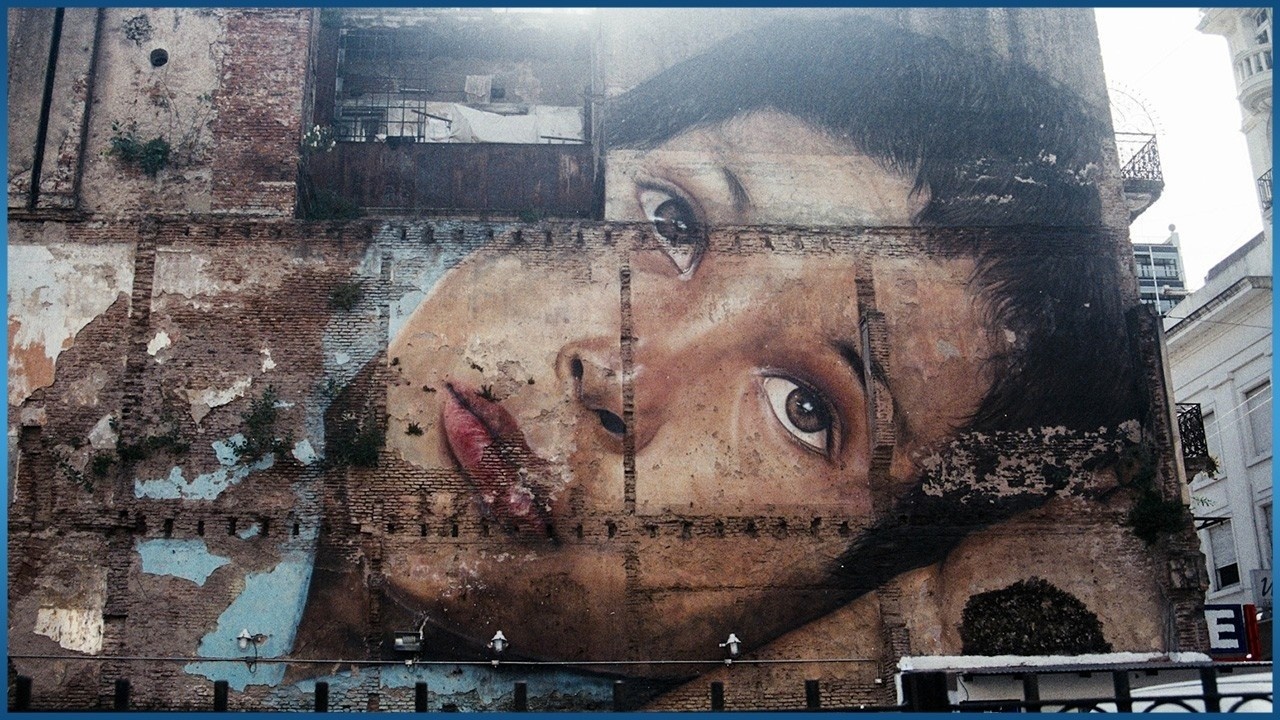 When members of London’s West Ham United Football (soccer) Club took a knee to protest racial inequality, the response was predictable: one section of the fans booed.1 What were they missing?

They only saw it through their own experience. They were unable or unwilling to put themselves into the shoes of another person, whether through emotions, intellect, experience, or identifying with them.2 In other words, they lacked empathy. When we are empathetic, we “suspend our single-minded focus of attention and instead adopt a double-minded focus of attention.”3 We move from thinking of our own mind to thinking of the mind of someone else.

The players who took a knee displayed empathy by taking a stand against discrimination.  The fans who booed did not.

Here’s what happens when there is no empathy

A story without empathy: I had a boss with a reputation for writing scathing reviews for those who disagreed with her, the kind of reviews that keep you from getting hired for any job in the field. The week before my formal review, she asked me to look over a few new policies relating to LGBT people in the workplace. The policies were fine but used some very outdated terminology, and I wrote a note offering potential alternatives.

The next day, she screamed at me for half an hour. When it came time for her to ask for my signoff on a different document, I couldn’t bring myself to write a single note other than “looks great,” even though the same errors were repeated. I was tired and feared for my job. The need for self-preservation is strong and sometimes more urgent than helping my community. I could do more good for the people around me if I kept my job, even if I remained silent on this one issue.

On the other side, a story about empathy: When I was a teenager, my family was homeless and lived in a tent at a campground in Arizona. After a few weeks, the park rangers noticed we weren’t on a happy camping trip and did what they could to help.

Two park rangers gave us a few hundred dollars and bikes for my brother and me. It didn’t solve our poverty; my family continued to live at the campsite for a few weeks after that. But we ate better, and I didn’t have to walk four miles to school anymore. I still ride a bike to work every day because of how good it felt to finally move faster than a walk. I doubt the park rangers knew the effect they had or even remember me or my family, but the impact of the help they gave will last longer than their memory of giving it. Empathic people saw a problem and took a concrete step to help when they could.

What marginalized people need most is allies, and to be an ally requires empathy. Trans people are another marginalized group in needs of allies. I should know. I’m trans.

Let me walk you through my story and those of some trans people I know, though we all have different stories.

I pretty much knew something fishy was up with my gender when I was very young because “boy” just didn’t describe me. I didn’t like a lot of traditionally masculine-coded things, and I didn’t get along well with boys in school. On their own, neither of these things indicates someone is trans, but combined with the fact that I also wished on every available star, dandelion, and fallen eyelash that I’d wake up as a girl, the signs were pretty clear.

For many trans people, rejection from family is a huge concern, for both their safety and their mental health. I came out when I was 22 and living on my own. I had friends who I knew would support me, so it was less essential that my parents reacted well, which is good, because they didn’t. It took my mother a few months to accept me, and I don’t talk to my father much any more.

For me, and many LGBT folk, we have to build our families. We make what’s called a “chosen family,” a close group of people who may not be related by blood but are as supportive and close as a family is supposed to be. I found mine in friends and other queer people I met at LGBT events.

Being rejected for something you cannot change, something that promises a difficult life wondering if the next man at a bus stop is going to try to kill you, is tiring. I have to work every day to find the ways my life is the best one I could have, and every day I get to be alive is a little bit of resistance against the people who wish I weren’t. That is satisfying.

I deal with discrimination like I deal with any other problem out of my control: with research, analysis, friendship, and naps. When I was first coming out at work, I had to contend with a boss who had a record of discrimination, generally finding ways to not hire minorities. This was happening right when I was applying to extend my contract. I learned everything I could about this person, spent a month ingratiating myself to her, gathered documentation from her that I was a good worker by emailing her about extra tasks I’d completed and saving her positive responses, and then I started coming out to coworkers individually. I’d tell each of them it was a secret and nobody else knew to make sure it didn’t get to my boss and everyone felt in on it. 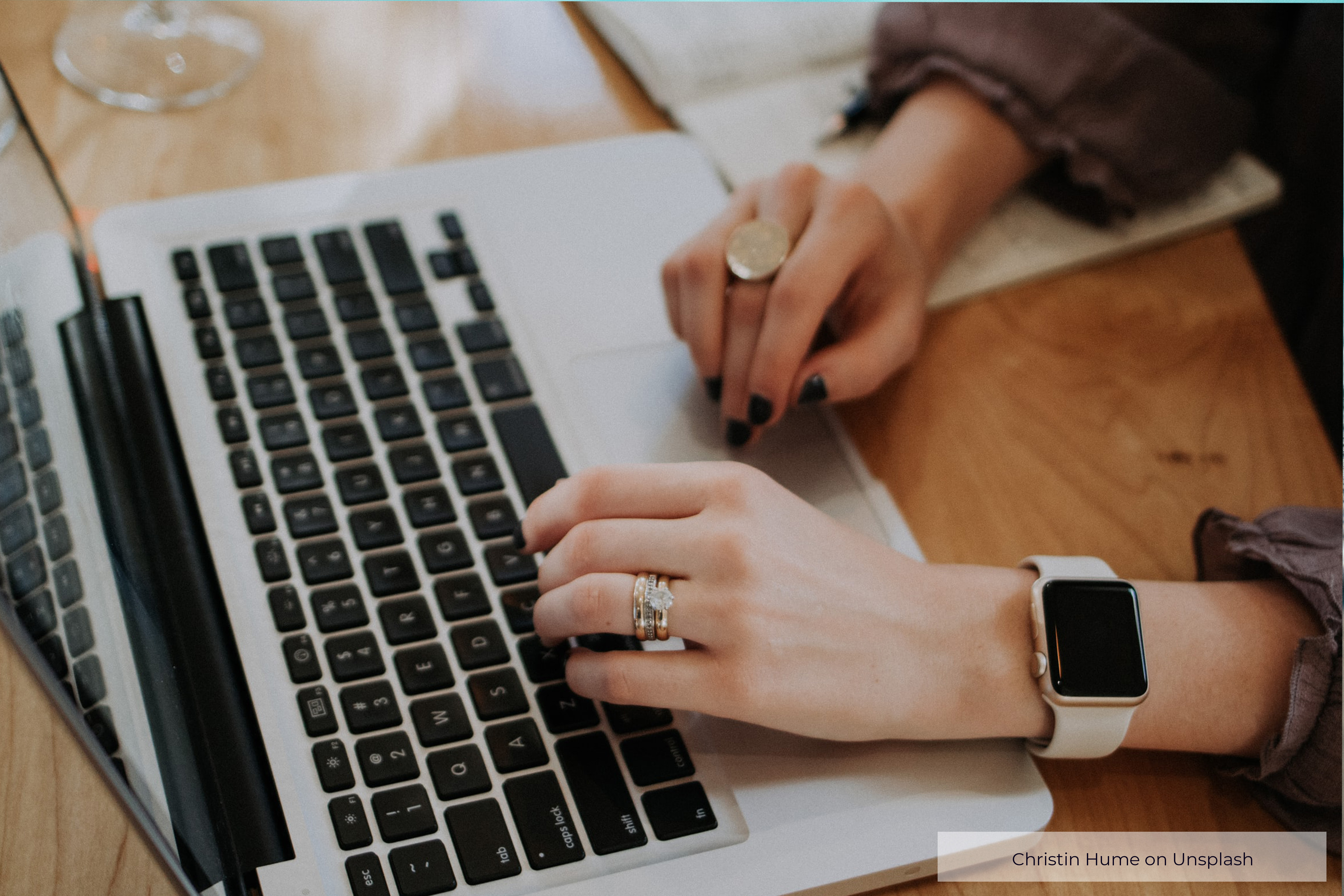 Then, the moment I’d accepted my new contract, I emailed all my coworkers telling them what they already knew. Then I spoke to my boss with a little army of support behind me, and if she suddenly found a reason to terminate my employment, I could prove the only thing that had changed between my contract acceptance and her removing me was coming out. This was one job, one environment where I had to control every single thing to make sure I was ok. It was tiring. I took a long nap when I got home.

From empathy to action: Becoming an ally

As you can imagine, with so little support, we need allies. I realize it can get tricky. There are three concerns here if you are thinking about supporting me in public situations when I’m being harassed: the choice to intervene, how you relate to me, and how you relate to the people who may be harassing or endangering me.

First, there is often a false assumption that it’s up to us to defend ourselves and that if you spoke up to a perpetrator, it might not do any good. My personal experience and the research say otherwise. Acknowledging my pain by speaking up in support is a net positive. We need to hear it. The research suggests that those who are confronted are less likely to engage in that behavior5 afterwards.  And these studies also indicate that silent witnesses to allyship have resulted in those witnesses being more willing to take a stand in future situations. So speaking up could have lasting effects beyond immediately letting me know I’m not alone and have an ally.

Second, while I value your help, please don’t patronize me. You are not expected to be a savior. I can’t express how annoying it is to a trans person to hear someone say, “Oh you’re so brave! I’m here to support you through anything.” It’s a nice sentiment, but when we’re just having a casual conversation over breakfast, and I’m doing fine, it just seems disingenuous and exhausting. I don’t need to be saved, I need you to pass the salt.

How do you know if your stepping in will be supportive or come off as paternalistic or patronizing? Often, the simplest solution is to just ask. Help when you can, but only if it’s wanted. Many of us are bruised and untrusting because of our treatment. Ask yourself if you have actual help to give.

Third, if you decide to speak up on my behalf, please don’t endanger us both by coming off as hostile to the perpetrator. A research study comparing different styles for confronting heterosexism found that directness and non-hostile style worked best.6

Adding a last-minute note, I am thrilled to see that our new President has appointed transgender doctor Rachel Levine as assistant secretary of health. This gives me hope. Thank you for reading my blog. 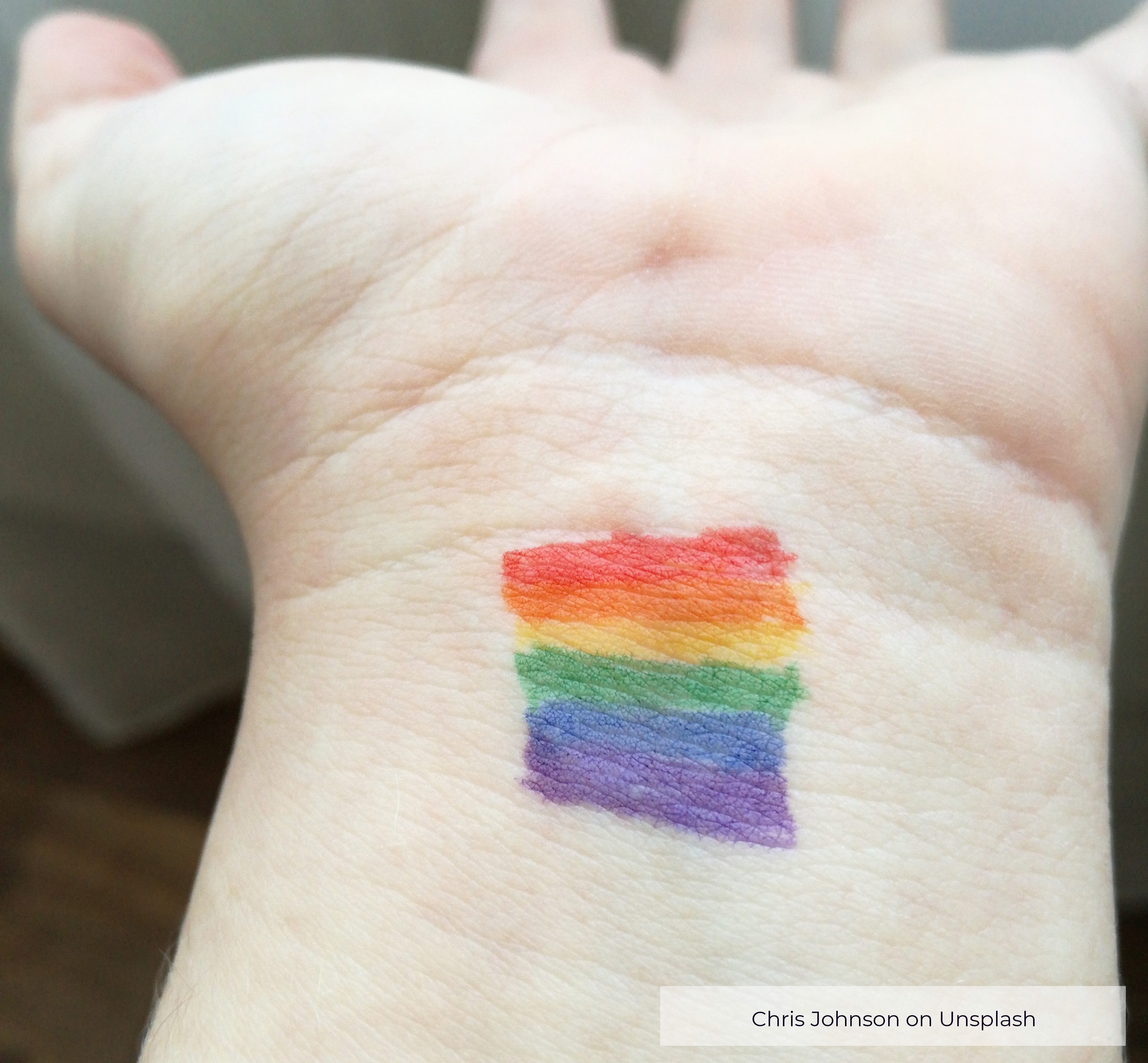 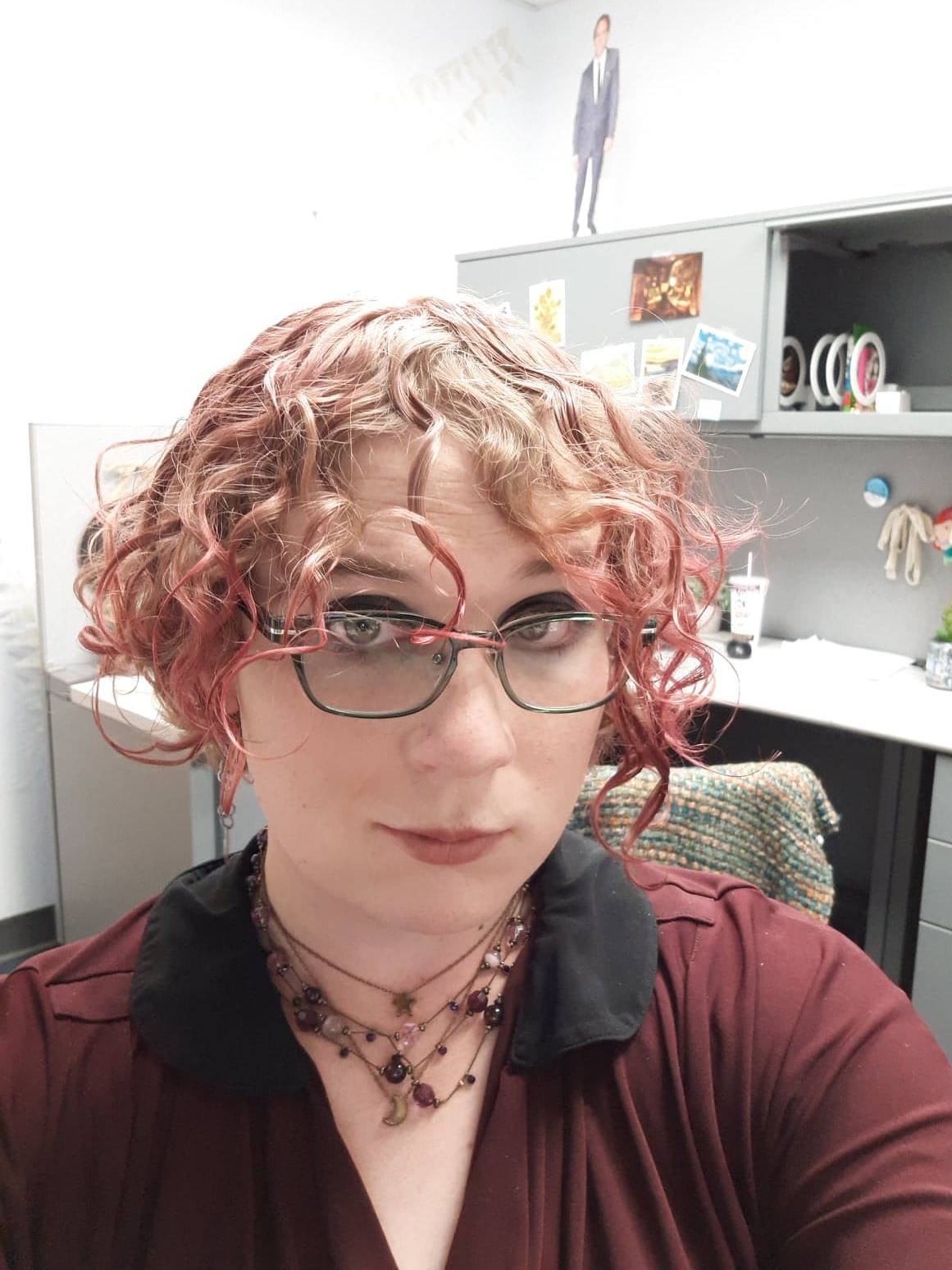 Jessica Kanzler lives with her wife and two cats in Northern Arizona, where she teaches high school and college English. Jessica primarily writes about issues of social justice, modern pedagogy, and fiction with a special interest in blog-writing.

4   Harding, Xavier. “Nearly Two-Thirds of Women in Tech Say Their Ideas Are Ignored until a Man Repeats Them, Study Shows.” Mic, 15 June 2018.

Stay connected with weekly previews of the blog!

Change Starts with Me Posts

Thank you for subscribing to Leading Consciously!